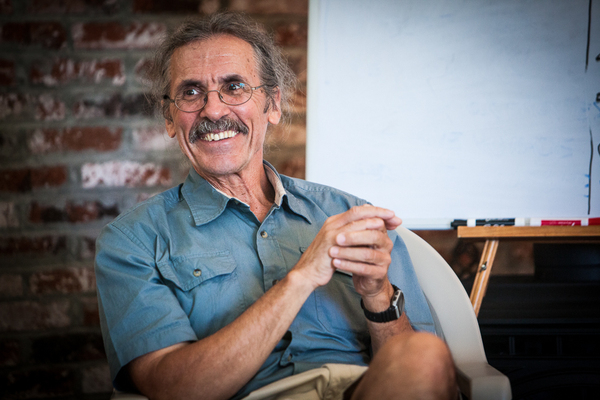 ‘Dharma’ is a Sanskrit word that means one’s ‘way’ or ‘path’ in life that is that is aligned with our role or purpose in the world. When we live aligned with our ‘dharma’, we become increasingly happy, our life gains meaning and purpose, we feel increasingly good about ourselves and our life.  When we don’t we become more and more miserable, confused and unhappy, ultimately making life empty and meaningless.

Our dharma is often found by doing what is necessary to be done that is currently before us in our life. When we do our duty and meet our responsibilities, the more capable and skilled in meeting difficulties and challenges in doing these the more we develop and mature.

What is New Dharma

New Dharma is a ‘way’ to live in constant, immediate and direct relationship with the Divine principle that governs all existence. Its purpose is to reveal the eternal path for mankind that takes one from the personal to the impersonal, from the individual to the universal and back again. It shows how action can be transformed into a vigorous and integral expression of this Divine principle, the ‘Sat-chit-ananda’; Truth, Consciousness and Bliss

New Dharma is an expression of the new consciousness that has already descended to the planet. Its purpose is to show a new possibility for mankind that is already striving to manifest itself in the collective consciousness. New Dharma is a way of living in alignment with the divine presence that already exists within each of us. It is a path that expands and integrates direct experience and awareness of that transcendent divine principle into the day-to-day challenges and opportunities of individual and collective life

There is a direct connection between our individual dharma and Life’s collective dharma. Life’s dharma is to continuously expand and diversify, creating new orders of complexity, diversity and cooperation. Life is in a constant process of evolving itself in to higher and higher orders of being. We are the fruit of this process and human beings have a critical role to play in this collective evolutionary process.

So our dharma is our means of developing not only as human beings but in our consciousness. As we develop our dharma also develops. The duties and responsibilities shift over time until a shift comes. This shift reveals a new dharma, a new level of awareness and action is required of us. Adjusting to these shifts is not always easy or natural. We become confused and uncertain. But living aligned with dharma we develop qualities and attributes that strengthen our ability to make these transitions.

All existence is evolving. Energy became ‘Matter’. Out of Matter evolved ‘Life’. Life evolved and incorporated the principle we call ‘Mind’. Mind evolved eventually creating Intelligence and with it, self awareness. We are all the fruit of a 14.5 billion year process of evolution. Each of these shifts create new paradigms, new realities, and new possibilities for doing, knowing and being for all existence, not just mankind.

We have seen this evolution in mankind’s own development throughout the ages. Over the ages men learned to work together cooperatively forming more and more sophisticated and capable organizations and institutions; from tribes to villages, towns, cities, nations and now the world. These are all reflective of paradigms shifts in mankind’s collective consciousness. Modern man is reaching the end of a previous shift that brought us the age of reason, science and technology.

Mankind is now undergoing another paradigm shift in the collective consciousness. A new way of being is emerging that is based on our global inter-connectiveness. This new paradigm is a new previously unimagined possibility that is now available to mankind. A new consciousness, a new Reality, has descended to the earth. This reality is awakening mankind to a dimension of existence that had previously been available only to a rare few. This new consciousness is what has previously been called the ‘spiritual’ dimension of existence.

What I’m calling the New Dharma is this new possibility for doing, knowing and being. It a way of living that more profoundly integrates the spiritual dimension with day to day living. It calls for a way of living that is in immediate, direct and constant contact with that universal Principle that is the foundation of all existence.

In the past this principle has been called different names; God, Allah, Ishwara, Brahman. But it is not limited to these. It is a universal principle, a divine principle that can now be known directly in one’s own experience. When we connect to this divine principle our whole life makes an extraordinary shift. We begin to live at a new level of consciousness. We are utterly transformed in our relationship with our self, others and the world about us.

This is not a theory; this is my own direct experience. I can now see that my own spontaneous awakening to this spiritual dimension of existence is happening everywhere. This new consciousness is expanding and manifesting in all areas of life, not just in our churches, temples and monasteries. It is manifesting in street corners to the internet. We are awakening to the ancient universal divine principles that govern all existence.

Mankind is now entering a new phase of its evolution. It is now able to shape the evolutionary process directly, accelerating the rate of evolution. In the last hundred years fundamental changes are now happening on this planet due to mankind’s influence, unfortunately these are for both good and ill. What has taken Nature million of years to create mankind is able to undo or improve upon in one’s life time.

Understanding our impact individually and collectively in the larger scheme of things is essential to our survival as a species and perhaps to the planet’s survival as well. The actions we take collectively in the next hundred years will determine this outcome. We have to ‘wake up’ to our responsibility in what is happening around us.

We cannot get out of the mess we are in with the same consciousness that created it in the first place. Only through a transformative shift in our own consciousness combined with the correct understanding and the creative action that is align with this new collective dharma can we begin to find the sustainable future that is so needed.

The wonderful thing is we don’t have to do this alone. A new spiritual force is now actively descending to the planet. This force is awakening mankind as a whole. Collective mankind has reached a critical threshold and has set in motion forces that was previously only available to a few. Jesus, Buddha, Mohamed are all early harbingers of this new consciousness that is becoming available to millions.

This new consciousness requires a New Dharma. This is our mission, to help show a new way for mankind. We are one of many groups and organizations world-wide who are engaged in this work. Some are known but most unknown. They are consciously striving to usher in this new era. They may have different names, describe the same thing differently, use different approaches but they are all aligned with this New Dharma if they know it or not. This new age that is coming honors the individual diversity as well as the Oneness. It will be the age of the small not the large. Small groups, each unique in their own way, working collectively to manifest this New Dharma, creating the sustainable future that is so desperately needed.