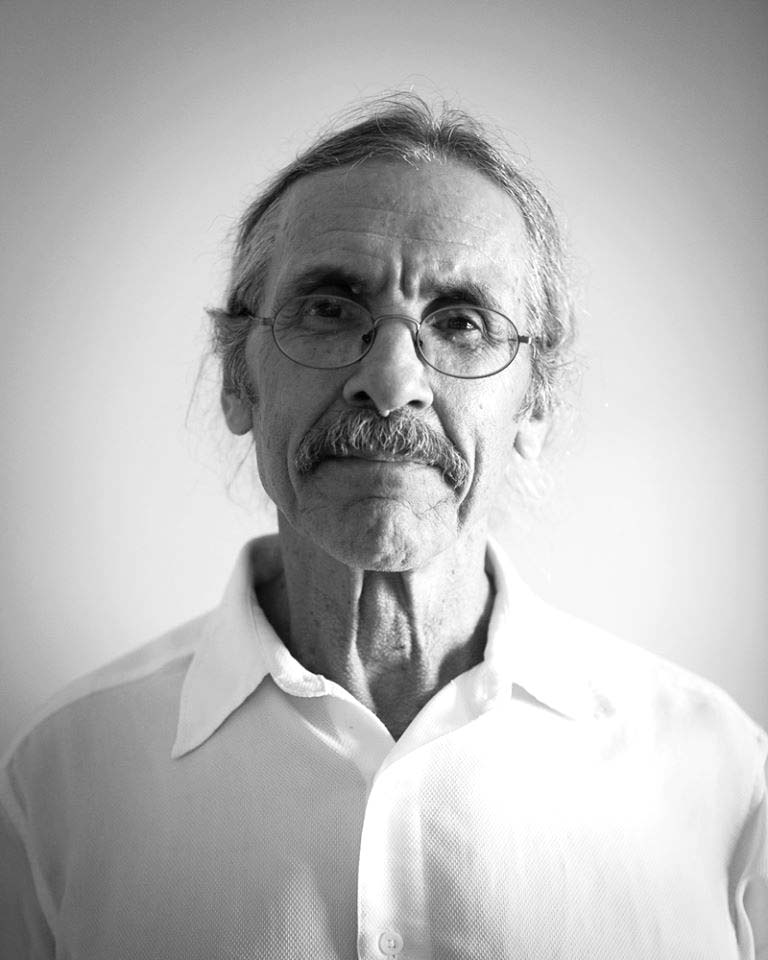 His Lineage and the Path He Teaches

A spiritual master stands in a sublime independence, deputized by life itself to transmit spiritual blessings and energies. That said, this rare attainment, a gift to humanity, has usually been kindled to a flame by others who have realized this same state of universality.

From Human Identity to Spiritual Identity

Sat Shree’s spiritual quest began when, as a rash and delinquent teenager named Scot Barbour, he read a book by Meher Baba, the revered Indian avatar. In a photo of the saint he saw a maturity and spirituality which convinced him, on the spot, of the foolishness of his life choices. He at once entered the circle of Meher Baba’s devotees in the Bay Area, and three years later, went on pilgrimage to India – only to arrive shortly after the great saint had died.

Returning to America, this quiet young man was told by the elder devotees that he was too “unformed” to engage spiritual life; he needed to “go out and live a life.” Though disappointed, Sat Shree threw himself into decades of practical challenges and responsibilities, with a strong sense of some unnamed purpose. He had no idea of the remarkable fruit this unnamed purpose would ultimately bear.

In 1998 he found out. A series of powerful and dramatic experiences thrust him into a state that was utterly distinct from what most people consider reality. Soon after this radical shift he “chanced” upon a video of the Indian teacher Swami Sri Atmananda, in whom he recognized the celestial state that had come to him, but in a more advanced and permanent form.

Atmananda himself had been drawn into an intense inner quest of solitary wandering after decades of service to Swami Maharishi Mahesh Yogi. This culminated in his being guided to a final awakening by Maria Alfassa, better known as the Mother, the spiritual consort of Sri Aurobindo of Pondicherry. Atmananda then founded an ashram in Tiruvannamalai, where he continues to teach to this day. As for Scot Barbour, having utterly died to the paradigm of ordinary human identity, he put his affairs in order and moved to the ashram without the least backward glance.

After six years of intense sadhana (spiritual practice), he was given sanction to teach in the United States. And then, after three years teaching under the aegis of Atmananda, he experienced his own final awakening, in which his human identity became irrevocably merged with the Supreme Being.

In the language of Vedic scripture, Sat Shree had achieved moksha, final liberation. This means that he stands in a place that is merged with Prakriti, the Pulse of Life itself, while also standing outside that pulse, in Purusha, the Source from which Life itself is generated. This is the place of transcendence from which Krishna instructs Arjuna in the Bhagavad Gita.

The Sat Force – The Force of Truth Consciousness

Central to Sat Shree’s teaching, in common with those of Atmananda, Sri Aurobindo, and The Mother, is the fact that an entirely new evolutionary force has been introduced to the Earth. We can see it waking up a resistant humanity, as evidenced in the creative upheaval all around the planet, in which every aspect of life is being questioned and challenged. For spiritual aspirants, this same force offers a special opportunity, as it can catalyze an accelerated evolution that has never before been available.

Intrinsic to Sat Shree’s awakening was the recognition that his Being and body had become a vessel for the transmission of this primordial force, which he calls the Sat force. In Sanskrit, Sat is the uncreated eternal existence – timeless, changeless, and imperishable. The name “Sat Shree” combines the honorific word ‘Shree’ with this immutable cosmic force. Sat Shree’s mission is to channel this force to benefit humanity on a global scale, and in particular, students who are prepared to receive it.

Though gratefully aligned with the work of Meher Baba, Atmananda, Aurobindo, and The Mother, Sat Shree was led to establish his own sphere of influence. In 2009 he and his wife Satyamayi founded a base for his teaching in Washoe Valley, Nevada, which they named New Dharma. Four years later they established a New Dharma presence in Tiruvannamalai.

This small city was also home to the sage Ramana Maharshi, whose ashram draws pilgrims from many different paths. In this sacred place at the foot of the famed Mount Arunachala, Sat Shree leads programs that attract students from all over the world who are drawn to the opportunity.

He also teaches, when invited, in other parts of the world, and leads regular programs and meditations online and at the residential community. Students participate in an array of programs in yogic techniques, inquiry, and study groups, and a heartfelt exploration of their work on this path. The New Dharma sangha is a large network of volunteers committed to service and loving support of Sat Shree’s work, the teachings, and each other. 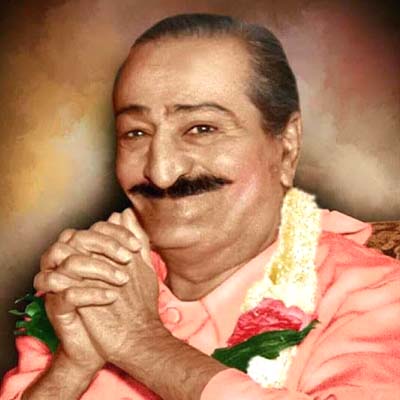 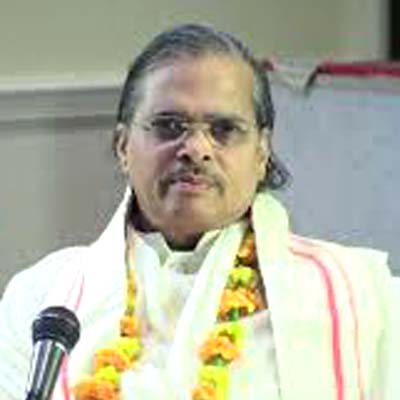 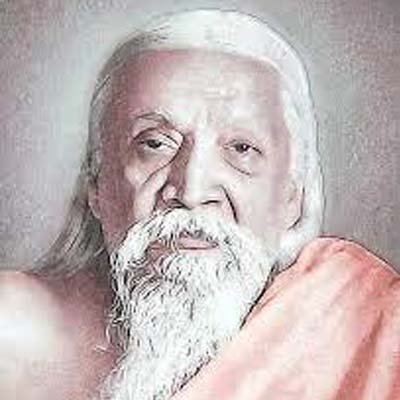 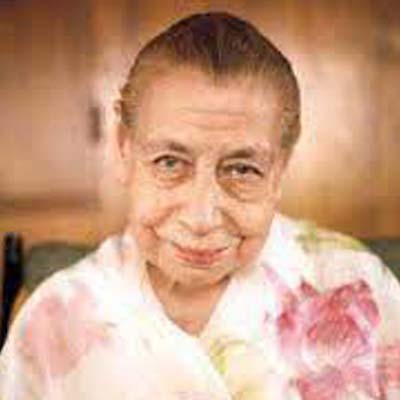 Sat Shree’s teaching combines timeless Eastern wisdom and practices with the psychology of the West. He presents this synthesis in an engaging, highly personal, and interactive manner filled with uncommon insight, precision, and humor. He is very much the antithesis of the remote, only-holy, “guru on high.” Sat Shree continually refines his teaching to more effectively catalyze spiritual progress in our modern circumstance. Though congenial to today’s lifestyles, the path he teaches is rigorous and demanding – as any serious spiritual path ultimately becomes.

Sat Shree’s teaching emphasizes the embodiment of spiritual energies, as opposed to a state of “transcendence” that can bring a certain degree of inner peace, yet avoid the deep-seated obstacles that must be overcome for the spiritual energies to come in. To this end, he works with students on the healing of old wounds, the resolution of trauma, and the rooting out of unconscious structures and tenacious immaturities.

This path also includes regular sessions of silent meditation that are more prolonged than is commonly practiced. This allows a profound deepening which flushes forth the contrary impulses, emotions, and personality structures to which we remain blind in the hypnotic flux of our ordinary waking state, and which short meditations leave untouched.

Such meditation also prepares the student’s system to be in and hold the energy field of the Teacher. With the mystical support of the Guru, one’s physical, psychic, and emotional “knots” can thus be unraveled and released. One is freed then, to experience spiritual states that would otherwise be held hostage by our unexamined beliefs, traumas, and wounds.

The Path of New Dharma is a dear and sometimes tumultuous process, led by a master who can guide the student who opens to him. Besides the blessings of insight, quickening energies, and support, Sat Shree transmits the Truth Consciousness and Love that allow this process to unfold in a natural manner. His fondest wish is that we each experience the divine destiny that is the birthright of us all.

“The universe only comes into existence through each of us.”