Sat Shree’s Message for the World 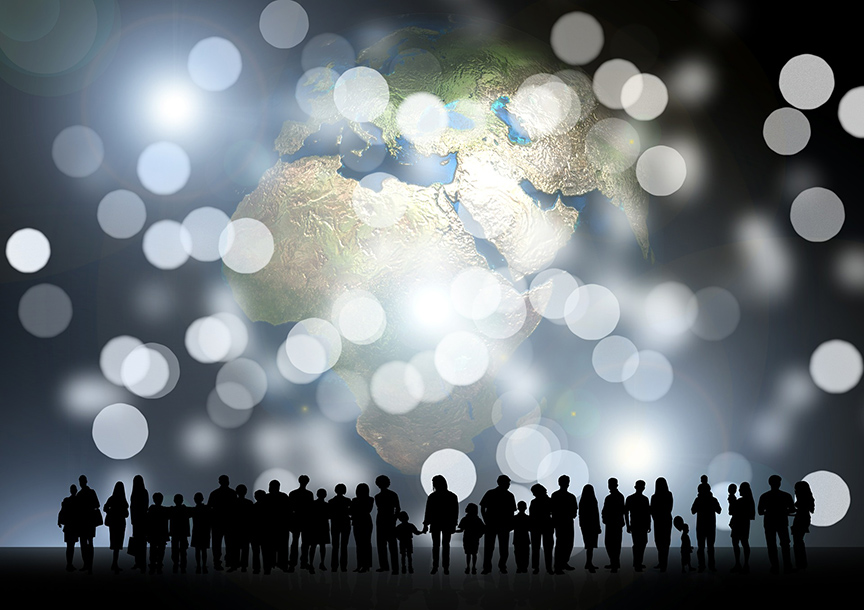 This is a message for the world, for those who are able to hear it, at least, at this point.

First, my message is one of great hope. Hope is not actually the correct word.  This is a statement regarding how mankind has crossed a threshold, at least in the current form, with the potential for a new possibility of being to arise, one that was not able to previously exist or, if so, in very limited form.

The very fact that I’ve come to this realization; the fully actualized capacity to hold all dualities concurrently, to be this divine being on the planet, fully intact, fully aware of all the range of possibilities, the light inherent in the human experiment, this in and of itself is proof that mankind, collectively, has been able to reach a critical threshold, has come to a critical crossroads.

It’s been done. It is done.

Thousands, hundreds of thousands of beings, through their sacrifice, through their incomplete or limited attainment or seeking, have been able to establish the foundation for this fully articulated, actualized, clear expression to have occurred in me.

So, mankind is on the threshold of a completely different order of consciousness and the first aspect of this will be manifest in the collective consciousness of mankind, unifying and becoming an articulate, capable, interdependent, cooperative whole for the purpose of creating a sustainable existence, a harmonious relationship between the living, self-aware consciousness, and the planet.

So, a sustainable world is about more than just survival, it’s a completely new paradigm for being.

Essentially, the planet wakes up as us and, as a result of that, each one of us partakes in the expanded global consciousness. As a consequence of this, a base is created, a foundation for other beings similar to my attainment, to become fully actualized in this state of consciousness.

This capacity, this authority that acts as a beacon, acts as a channel for this inherent capacity of existence to manifest itself.

I had no idea this was what was inherent in the original intent, but I’m going to try to articulate this as best I can.

Of course this includes all of the subtle planes concurrently existing, the ones that we share at every moment, but this is a whole other aspect.

So, the message is of great hope that what is actualized in my form, in this form, is proof, the first blossom during a spring, and I’m not speaking out of arrogance on this, because certainly there have been other budding flowers that have occurred, but the collective culture has reached a threshold where the one can now proliferate into the many. Before, one could flower but then die, or flower and perpetuate for a short period and then die. Now the flowering will be self perpetuating, sustainable, and that’s the message that was here for this world that I felt to share.

I recognize now, tonight, this day, that I am able to articulate another dimension of my existence, another purpose or expression of that purpose which is to bring together, to find, to move in relationship with other souls who are near the threshold, at the threshold of this same mature condition that I’m experiencing. To let them find in me, or to know that I exist, to discover my existence, and in the process, to assist them in the last stage of their maturation because it requires that the individual becomes aware of what it is that they are becoming and the responsibility and role in the collective they have in that becoming.

There is a global network of fully actualized, divine beings that are, to varying degrees, demonstrations of that possibility of existence or consciousness; the divine life, the new dharma, the Satyadharma.

If I can find ten, then those ten will turn into 10,000, and those 10,000 will turn into 100 million, and that will be enough. Not all will flower in the same way, not all will come to full maturity. It’ll all be to varying degrees. It’s not necessary for there to be more than ten or twelve fully actualized expressions of this for the whole planet to awaken and to be able to take the first step in its next phase of existence. So, first it’s this building of a network of beings reaching the near pinnacle of what’s possible for consciousness in a body, in this time, on this earth.

The next step is to articulate the purpose and the universal principles in which this is occurring, the original intent; the journey of consciousness, the evolving of form, the collaboration of consciousness and matter, and creating the existence that we now know.

What does it mean that we exist? There is actually more to it than just waking up to our own existence, or waking up to our own divinity. It is actually a much bigger purpose which is the thrust of the whole of existence. The only difference between now and times before this, is the collaboration could not occur at the level of physical matter and now it can. Of course these repercussions will echo throughout all of the subtle dimensions, back and forth, and from the subtle dimensions, back into this material dimensions; back and forth. This will create unimagined possibilities and actualities that have not previously been able to exist.

Then there is this defining and clarifying the nature of the dharma, the new dharma, with regards to all the teachings that have proceeded, and the relevance of all those teachings to this new dharma. Specifically, the Bhagavad Gita, and Sri Aurobindo and the Mother’s work, but not just limited to those. There would also be included all the subsequent supportive, instructive understandings, and technologies; methods and materials that support the process. As well, a refuge of comfort, a beacon will exist for all souls who have awakened and have not known it or who have awakened and are struggling to grow into their selves, to find their roots, to find their direction to find sufficient nourishment so that they too can continue to mature and grow in their own development.

Behind this all is the recognition that the world that is coming will no longer need cancer, will no longer need plague, will no longer need destruction because there will be a sustainable relationship between mankind and nature, and these counter-balancing things will no longer be required. So, the cure for ignorance, the cure for illness, and cure for disease will be this moving into sustainable relationship with existence, beginning with where we are in our imperfection, recognizing our responsibility, our capacities to expand; to move toward a more integrated, harmonious, and cooperative state of being with existence, with this material existence, the one that has existed before, such that no one is left out, all are included.

In all hate lies the seed of love, in all limitation the seed of freedom, in all ignorance the seed of knowledge. As to the opposite, that in all dualities there lies inherent the seeds of its opposites. So, in love also lies hate, in forgiveness there lays intolerance, in cruelty lies kindness, in separation, oneness. We must begin to include the understanding that all coexist; they all have a role to play in the development of consciousness and matter. It’s not necessary to conquer one over the other, but to become the container that allows for both to evolve and grow to maturity, as harmoniously and smoothly as is possible. It’s not just a world that includes everyone, it’s a world that opens up a possibility of a galactic consciousness, opens up the possibility of people connecting with other life forms through the physical, subtle-physical, subtle-vital, subtle-mental plans to support them in coming to their maturity

There will be no unnecessary conflict, no unnecessary suffering. Yes, there will be the challenges, the pressure and testing required for growth and expansion; for new possibilities to be accepted, to be incorporated. Just as the whole human organism is about seeking food, eating food, digesting food, assimilating food, and eliminating that which is not needed, so too is the whole thrust of existence; to find the nourishment, to swallow, to assimilate, to digest, to eliminate that which is not capable of being absorbed. So, this quest, this thirst, arose from the original intent to swallow, to assimilate, and to digest the entire creation; to be nurtured in the process as if a perpetual, self-perpetuating, sustainable existence; a snake eating its own tail and being nourished and growing from its own consumption, endlessly.

So, it’s a very large vista, a very large perspective. It’s not for everyone but includes everyone. There’s nothing that was fully false. Sat became asat; what is Truth became Untruth, through accumulating impressions and experiences. When Sat has completed its accumulation, it begins a process of assimilation what’s been accumulated,  converting it back into its original nature, until the Sat is able to recover its entire self without any accumulation.

This is the journey; nothing is wrong in existence, everything has a role to play. There is no true evil; there are just different principles with different functions. It’s not about eliminating Asat and only gathering Sat. These are not correct. The Asat/Sat co-exist in both worlds. Sat has no existence without Asat. There is no such thing as a Sat without an “A-” and of course there is no need for an “A” without a Sat. So Asat and Sat are indistinguishable as the creation and that which is prior to existence. Existence, non existence, Sat, Asat; the absolute and the finite. This is the recognition and awareness of the responsibility that has occurred in this form. It’s spoken, it has authority and humility and gratitude and awe, and a responsibility to play whatever part is required for this to happen. So be it.